950 palladium is 95% pure palladium. Palladium is a metal in the platinum family, and shares many characteristics as platinum - durability, tarnish resistance, and is hypo-allergenic. It is a precious metal, and in addition to being used in jewelry, is has often been used in catalytic converters. It is a “white metal” that is slightly more gray than platinum or sterling silver. Palladium is approximately 1/3 the weight and cost of platinum. 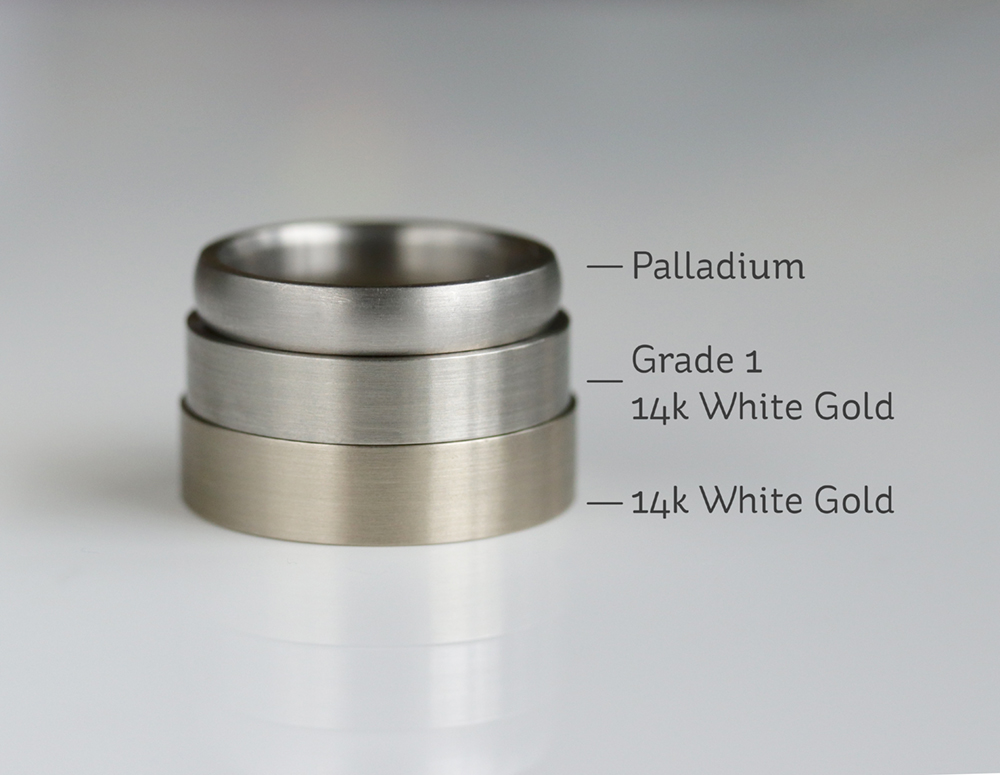